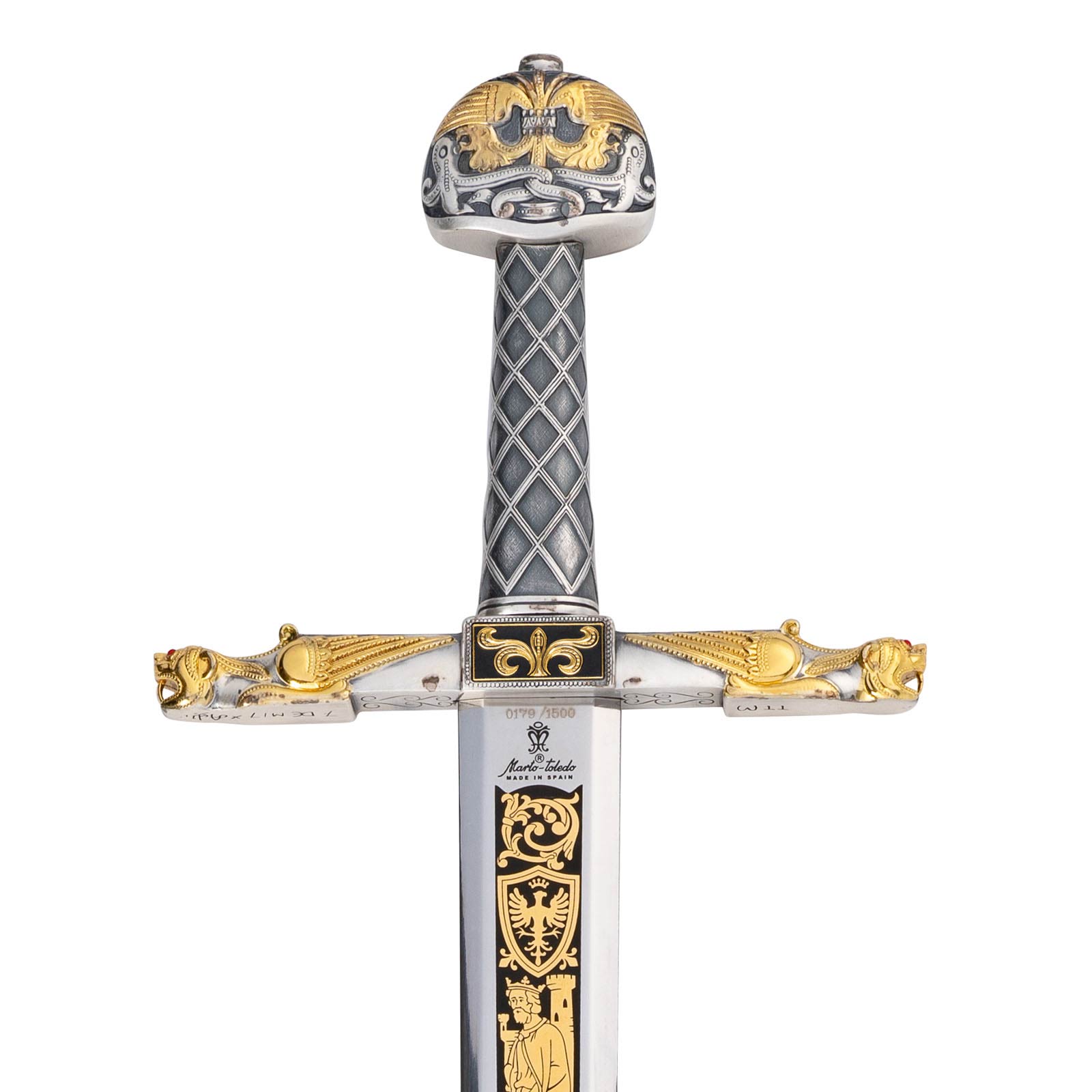 The original legendary Joyeuse sword can be found in Louvre museum in Paris.

The original legendary Joyeuse sword can be found in Louvre museum in Paris.

Charlemagne, Carolus Magnus, Charles the Great, King of the Franks and Emperor of Western Europe. Born in 742 A.D., the famous commander shaped and defined one of the most significant and recognizable historical powerhouses: The Holy Roman Empire.

Charlemagne’s Empire was based on the ferocious strength of the Franks, a confederation of barbarian tribes from the land of the Rhine in Germany. They rapidly occupied the power gap following the fall of the Roman Empire.

Their insatiable ambition, fueled by their goal of expanding Christendom, led them to France, Germany, Italy, and many other territories. An aggressive conqueror, wise politician, statesman, and skilled general, Charlemagne defined a vast empire that in many ways served as the root of modern civilization.

The coronation sword of the Kings of France entered the collections of the Louvre museum following the French Revolution, together with the other ceremonial items previously held in the treasury of the abbey of Saint-Denis. With some of the ornaments on the pommel dating as far back as the tenth and eleventh centuries, this sword is one of the oldest surviving examples of French regalia.