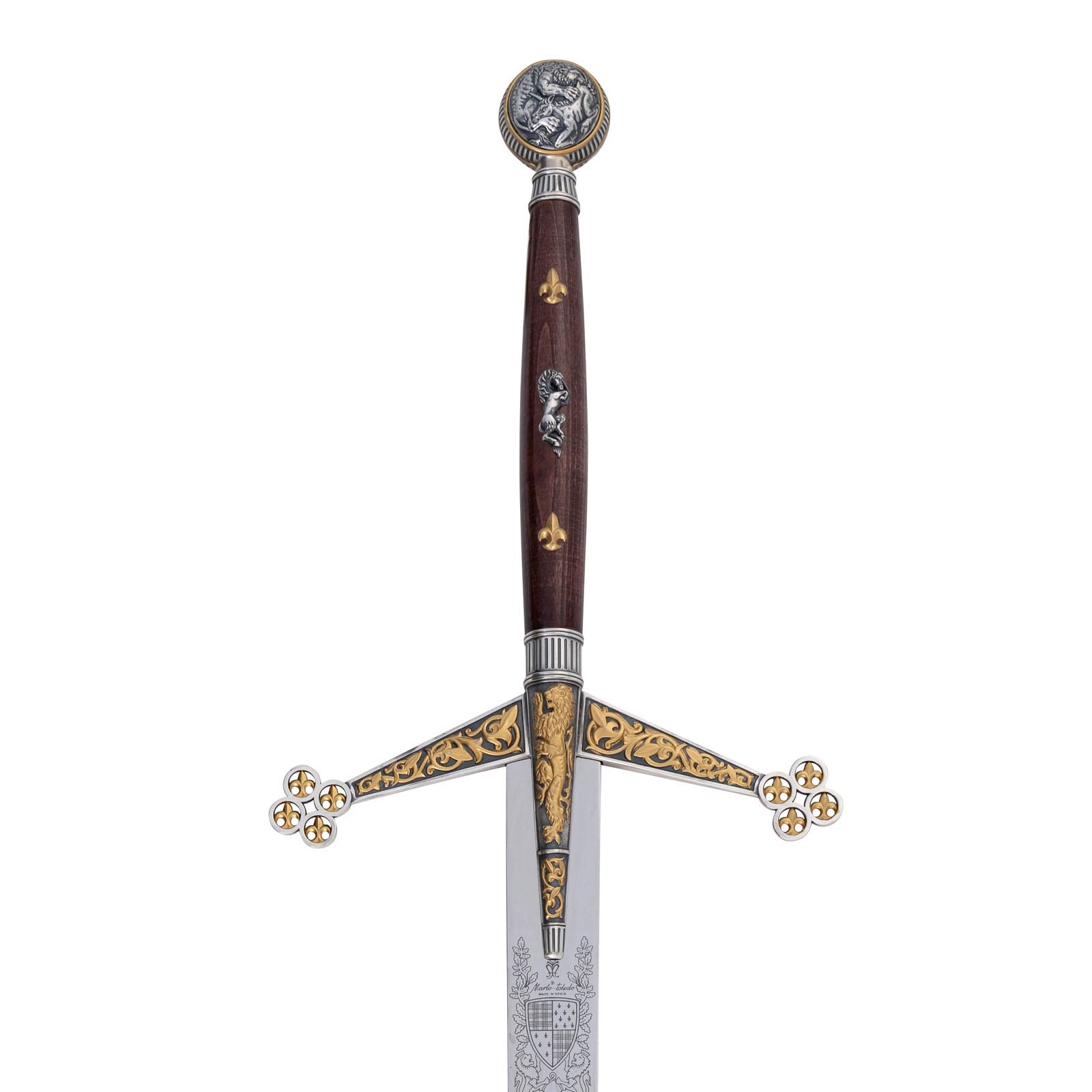 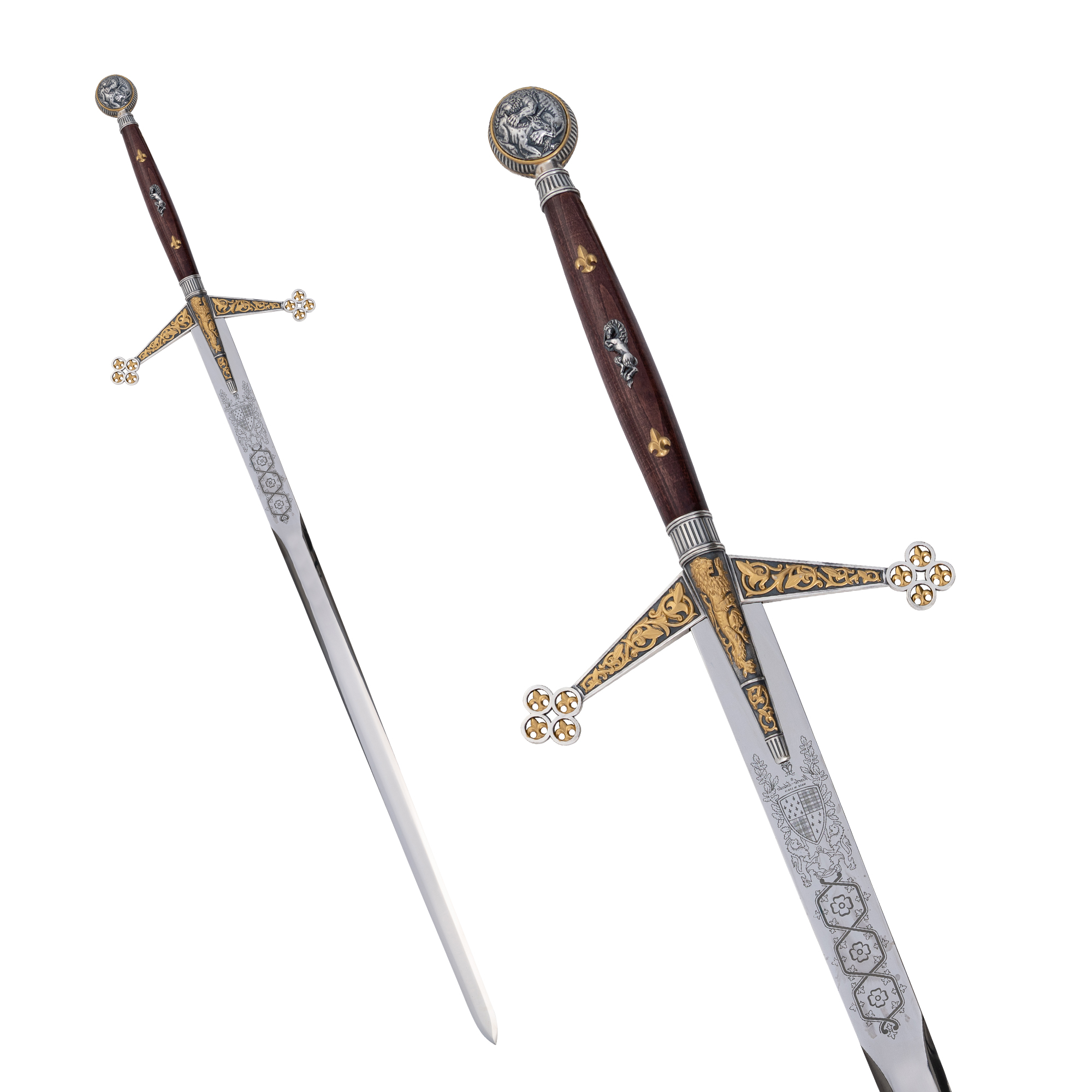 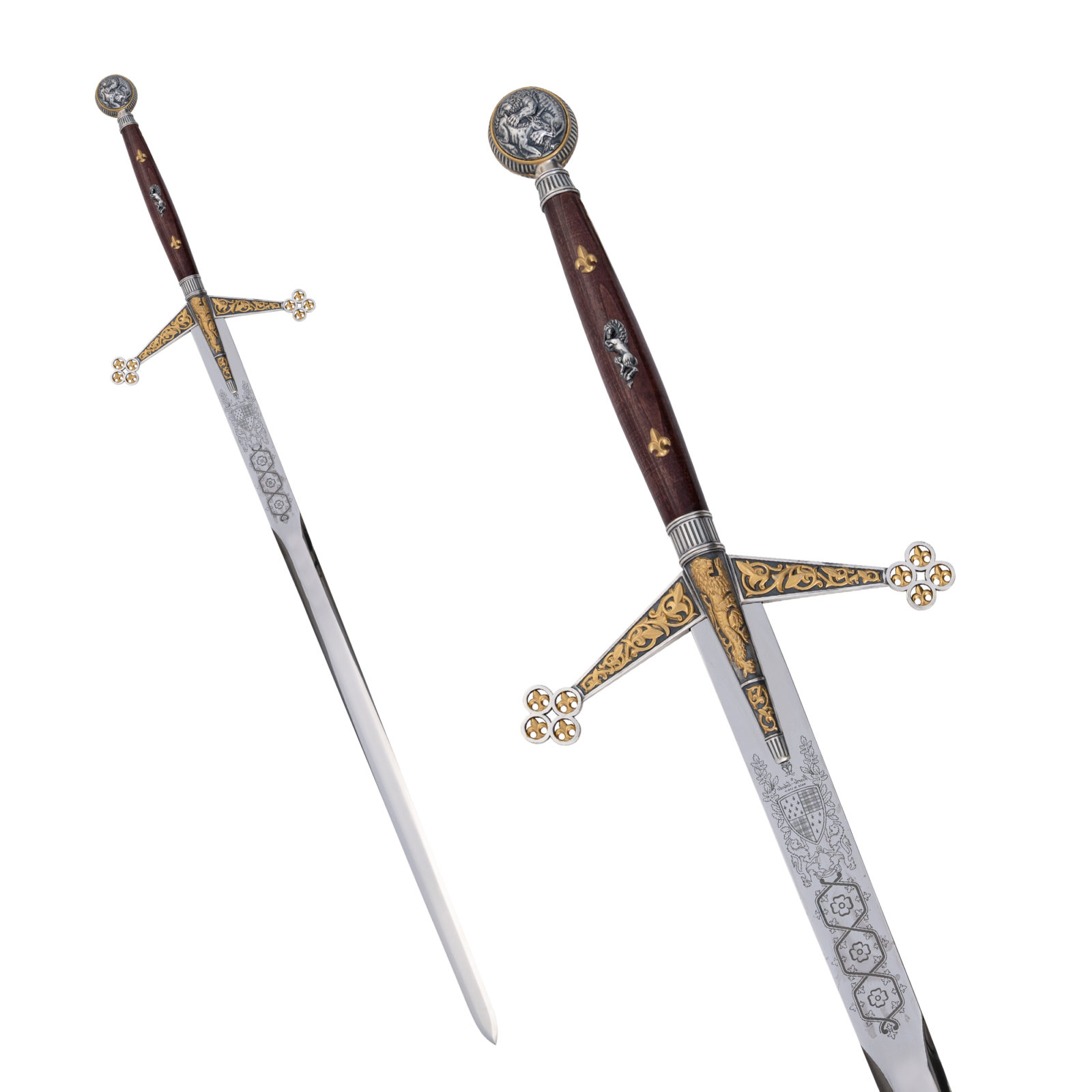 The Scottish Claymore Sword is 57 inches in length, has a double-edged blade made of the finest tempered stainless steel, ornamented with 24K Gold engravings on the upper part. The hilt is made in burnished cast metal with decorations in gold- and silver-plated metal. The spherical pommel is also in cast metal, whilst the long-tapered handgrip is in wood.

The Scottish Claymore Sword is 57 inches in length, has a double-edged blade made of the finest tempered stainless steel, ornamented with 24K Gold engravings on the upper part. The hilt is made in burnished cast metal with decorations in gold- and silver-plated metal. The spherical pommel is also in cast metal, whilst the long-tapered handgrip is in wood.The Scottish Claymore Sword was the typical weapon of the Highland warriors since the late Middle Age, 15th to 17th century.  This large two-handed broad sword, “Claidheamh-mor” (Great Sword), was considered a rough tool, although an extremely effective weapon.

It was King Jacob I’s effective use of the Claymore sword that made it one of the symbols of national Scottish pride. The Claymore sword, feared because of its size and strength, was used in the constant clan wars as well as against the English as late as the Rebellion of 1745.

Jacob I (1394-1437), King of Scotland, was crowned in 1424 in Scone. After overwhelming the Albany clan because of the conspiracies against him when he was a child, he decreased the power of the feudal lords. Under his rule, the Scottish laws were codified, and a system of weights and measures was instituted. Assassinated by Sir Robert Graham in a conspiracy, he was brave in battle and had a “strong hand” in ruling his country. He was called the “Lion of Scotland”.

There are no reviews yet.

Be the first to review “Royal Claymore Sword” Cancel reply