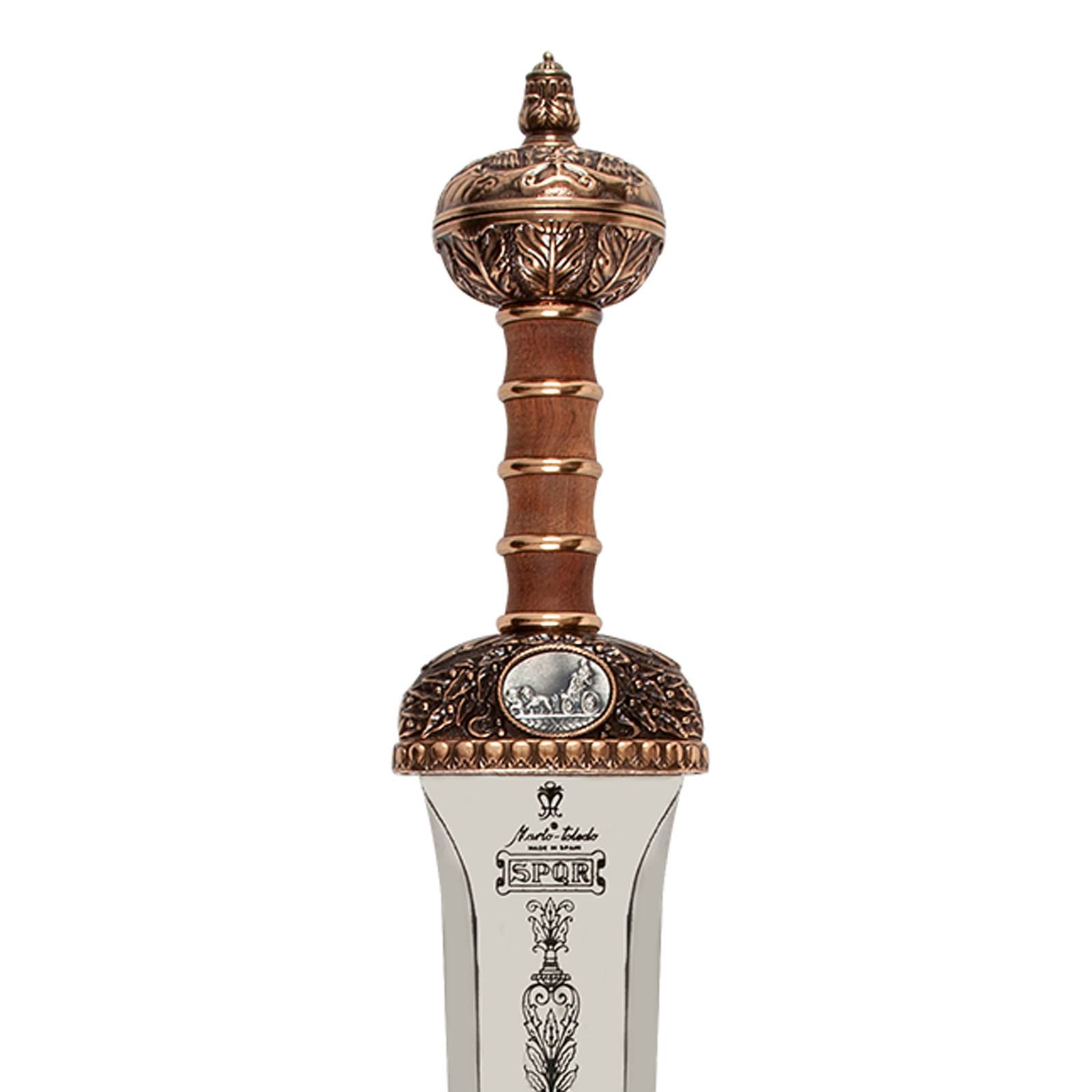 Gaius Julius Caesar (July 13, 100 BC–March 15, 44 BC), was the greatest soldier and political leader of ancient Rome. During his lifetime, the frontiers of the empire were pushed forward and secured; Rome was transformed from a Republic into a government with a single ruler, and Cesar was its first dictator.

Gaius Julius Caesar (July 13, 100 BC–March 15, 44 BC), was the greatest soldier and political leader of ancient Rome. During his lifetime, the frontiers of the empire were pushed forward and secured; Rome was transformed from a Republic into a government with a single ruler, and Cesar was its first dictator.

He wrote some of the finest works of history in Latin, describing the campaigns fought in Gaul and the Civil Wars, he was an architect, a mathematician, and one of the ancient’s world orators.

A politician of the popular tradition, he formed an unofficial triumvirate with Marcus Licinius Crassus and Gnaeus Pompeius Magnus which dominated Roman politics for several years, opposed in the Roman Senate by optimates like Marcus Porcius Cato and Marcus Calpurnius Bibulus.

His conquest of Gaul extended the Roman world to the North Sea, and he also conducted the first Roman invasion of Britain in 55 BC. The collapse of the triumvirate, however, led to a stand-off with Pompey and the Senate. Leading his legions across the Rubicon, Caesar began a civil war in 49 BC from which he became the master of the Roman world.

This website uses cookies to improve your experience while you navigate through the website. Out of these cookies, the cookies that are categorized as necessary are stored on your browser as they are essential for the working of basic functionalities of the website. We also use third-party cookies that help us analyze and understand how you use this website. These cookies will be stored in your browser only with your consent. You also have the option to opt-out of these cookies. But opting out of some of these cookies may have an effect on your browsing experience.
Necessary Always Enabled
Necessary cookies are absolutely essential for the website to function properly. This category only includes cookies that ensures basic functionalities and security features of the website. These cookies do not store any personal information.
Non-necessary
Any cookies that may not be particularly necessary for the website to function and is used specifically to collect user personal data via analytics, ads, other embedded contents are termed as non-necessary cookies. It is mandatory to procure user consent prior to running these cookies on your website.
SAVE & ACCEPT
5
Rated 5 out of 5
100%
2
4
Rated 4 out of 5
0%
0
3
Rated 3 out of 5
0%
0
2
Rated 2 out of 5
0%
0
1
Rated 1 out of 5
0%
0
With images (0) Verified (0)
All stars(2)