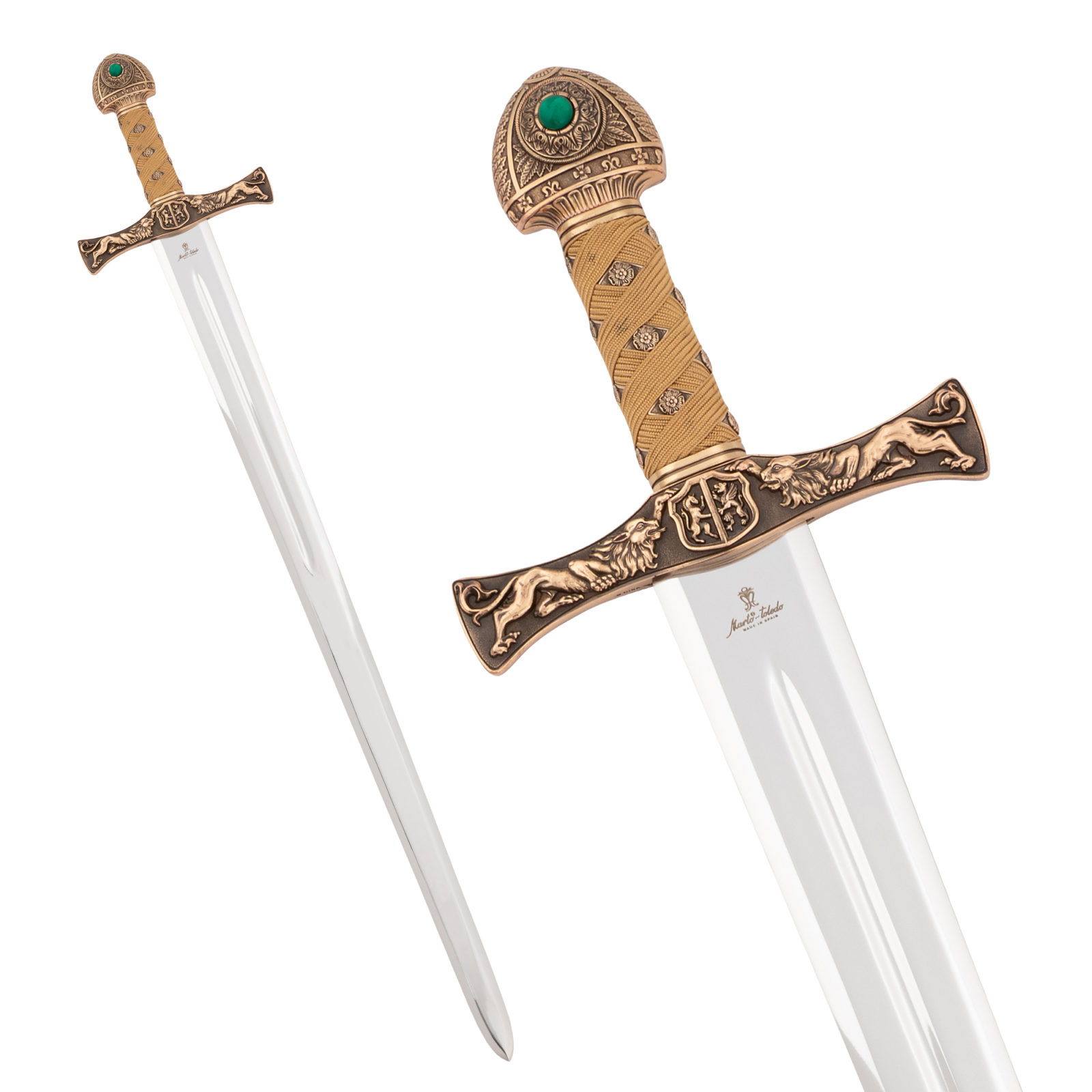 Disowned and banished by his father Cedric the Saxon for swearing his love to Lady Rowena, the young nobleman Ivanhoe threw caution to the winds and joined Richard the Lionheart on the Third Crusade. Upon his return from the Holy Land, Ivanhoe unwaveringly supported Richard, once more, this time in his war against the corrupt Prince John.

Disowned and banished by his father Cedric the Saxon for swearing his love to Lady Rowena, the young nobleman Ivanhoe threw caution to the winds and joined Richard the Lionheart on the Third Crusade. Upon his return from the Holy Land, Ivanhoe unwaveringly supported Richard, once more, this time in his war against the corrupt Prince John.

Loved by the beautiful Rebecca, daughter of Isaac of York, Ivanhoe would come to defend her honor with both sword and spear, against the heinous accusations from the Great Master of the Templar.

Eventually, through the course of his adventures, Ivanhoe’s father cedes to his son’s intentions of getting married with Lady Rowena, and the wedding takes place in the York cathedral in presence of the King. This marriage single-handedly lays to rest the bloody conflict between Saxons and Normans for the first time since William the Conqueror conquers England.

The Ivanhoe sword is beautifully constructed of high-quality Toledo steel and has an intricate brass hilt and sword guard. The Leopard, an animal reserved strictly for warriors who have performed bold enterprises of force and courage, is appropriately prominently featured. If one looks closely, one will also find it adorned with the Horse: as a symbol of strength and loyalty, and a griffon: a symbol of death-defying bravery.

The blade is made from tempered steel, with a fuller (blood groove) on each side. The intricately detailed bronze plated hilt features heraldic lions, gryphon, and unicorn on the guard with a green simulated gemstone within the pommel.

This website uses cookies to improve your experience while you navigate through the website. Out of these cookies, the cookies that are categorized as necessary are stored on your browser as they are essential for the working of basic functionalities of the website. We also use third-party cookies that help us analyze and understand how you use this website. These cookies will be stored in your browser only with your consent. You also have the option to opt-out of these cookies. But opting out of some of these cookies may have an effect on your browsing experience.
Necessary Always Enabled
Necessary cookies are absolutely essential for the website to function properly. This category only includes cookies that ensures basic functionalities and security features of the website. These cookies do not store any personal information.
Non-necessary
Any cookies that may not be particularly necessary for the website to function and is used specifically to collect user personal data via analytics, ads, other embedded contents are termed as non-necessary cookies. It is mandatory to procure user consent prior to running these cookies on your website.
SAVE & ACCEPT
5
Rated 5 out of 5
100%
2
4
Rated 4 out of 5
0%
0
3
Rated 3 out of 5
0%
0
2
Rated 2 out of 5
0%
0
1
Rated 1 out of 5
0%
0
With images (0) Verified (1)
All stars(2)