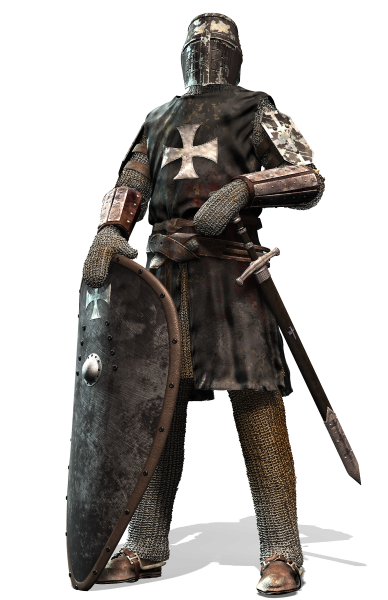 Truly heraldic devices appear to have been first used in Carolingian times. Seals and banners confirm that they were being used in the Flemish area of Europe during the reign of Charlemagne (768–814 AD).

The emergence of heraldry as we know it today was a solution for the need to distinguish participants quickly and easily in combat. Distinguishing devices were used on surcoats (“coats of arms”), shields, and caparisoned horses, and it was only natural for knights to use the same devices as those already displayed on their banners and seals. A formal system of rules developed into ever more complex forms of heraldry to ensure that each knight’s arms were unique.

Certain heraldic rules applied, the most prominent of which was the rule of tincture, which prohibited certain color combinations. Understanding these rules is a key to the art of heraldry. Tincture is the limited palette of colors and patterns that are divided into three categories, namely metals, colors, and furs.

The metals are or and argent, representing gold and silver, respectively, although in practice they are usually depicted as yellow and white. 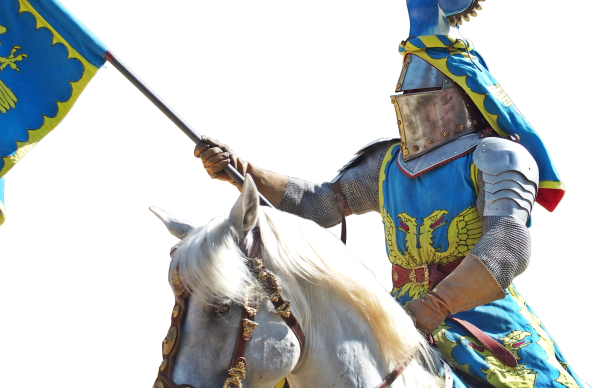 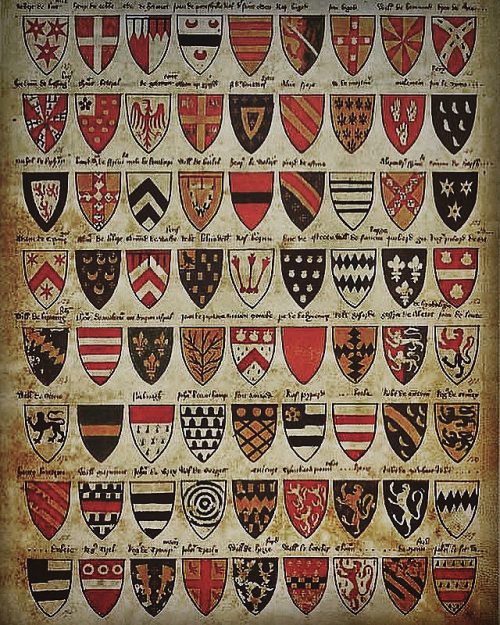 Five colors are universally recognized: gules is red; sable is black; azure is blue; vert is green; and purpure is purple. Most heraldic authorities also admit two additional colors: sanguine or murrey, a dark red or mulberry color between gules and purpure, and tenné, an orange or dark yellow to brown color.

The system of blazoning arms that is used in English-speaking countries today was developed by the officers of arms in the Middle Ages. This includes a stylized description of the escutcheon (shield), the crest, and, if present, supporters, mottoes, and other insignia. The language is an anglicized version of Norman French and does not always match modern heraldic French: for example, green is termed vert in heraldic English, but sinople in heraldic French.

The official, written description of the coat of arms is called the “blazon of arms,” for example: “azure, a fess argent between in chief two fleurs-de-lis and in base a lion passant of the same.” The blazon may seem like a foreign language, but it is simply a system of code words to denote colors, placement, and styling.

See the Banner Set featuring your Family Coat of Arms: a beautiful way to display your family pride.

A son would inherit the markings of his father, carrying them into battle with pride. After battle, a knight returned to his castle or manor and hung his shield and helmet on the wall. The colorful jousting tournaments of the middle ages significantly advanced the development of heraldry.

However, when jousting went out of fashion, the individual markings used by knights began to appear on seals, stones, stained glass, and other objects of value, all of which identified the owner. This was particularly important in an age when very few people could read or write.

Heraldry has its own special language, which is derived from Norman French. While the Norman French are rightly credited with introducing heraldry to Britain and Ireland, the charges found on the arms of native Irish families are very often of pre-Christian or Druidic origin. It should also be noted that heraldry traditions developed in countries throughout Europe during this time and the description of a coat of arms, known as the blazon, was often written in the native language of the individual country.

In the majority of blazons, the first word mentioned is the color of the shield. Above the blazon, the knight’s helmet holds the crest, a decorative feature. The markings on the shield are called “charges” or “ordinaries”, while the right side is referred to as the “dexter” and the left side as the “sinister”. 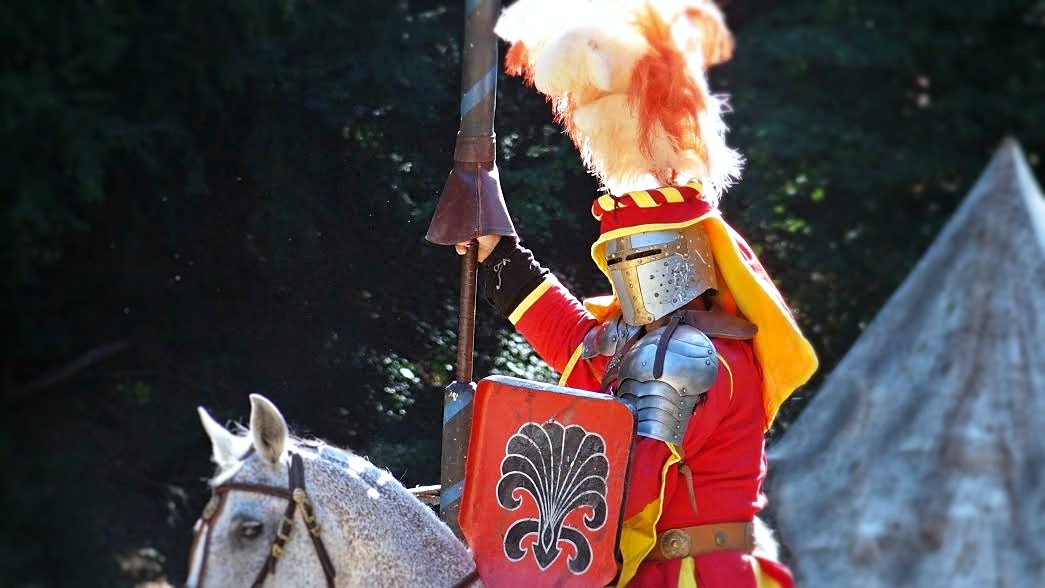 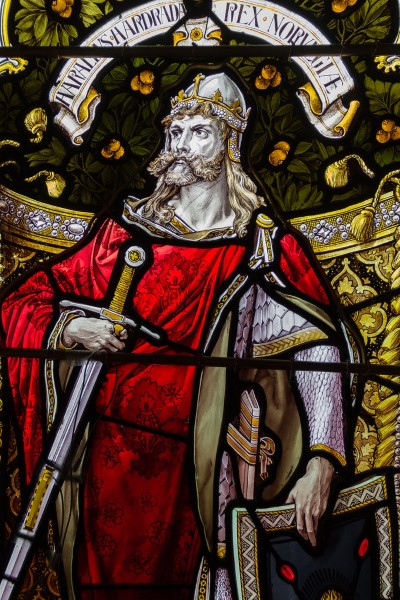 Today, a tradition that began as the mark of the warrior continues in this spirit through the display of specials markings by modern armed forces, which have their origins in the world of heraldry.

Yet heraldry is not exclusive to the fighting man. Most universities and colleges have their individual coat of arms or symbolic arrangement that signifies the school and its principles. Clubs, corporations, churches, and fraternities employ the equivalent of a coat of arms in some form. The car you drive more than likely displays the company’s coat of arms with pride. Trademarks and symbols on packages, signs, storefronts, and advertisements in magazines all utilize forms of heraldic devices to distinguish the products and elevate the company’s prestige in the eye of the consumer. The unifying quality of a coat of arms exists today, as it did over 800 years ago, despite constant modernization. For today, as in the days of William the Conqueror, the ancient Gaelic, and all the formidable rulers of the Middle Ages, the armorial bearing offers a unique service in identifying and unifying individuals into groups or families.

When you display a coat of arms, you are declaring to all the world that you belong to something – some family culture, heritage, clan, group, or organization. Many people choose to exhibit the coat of arms associated with their family name.is as important to us as making a quality pro

Although heraldry is nearly 900 years old, it is still in use around the world today.